VISION: IdahoRail.com is a website created to inspire a bipartisan grassroots movement to reestablish rail transit in the Treasure Valley.

What you can do to Help:
1. Start the conversation – a commuter rail line is already built for the Treasure Valley. Why aren’t we using it?
(Remember the adage, “a squeaky wheel gets the grease.”)
Idaho Press-Tribune Letters to Editor:
https://www.idahopress.com/site/forms/online_services/letter/
Idaho Statesman Letters to the Editor:
https://www.idahostatesman.com/opinion/letters-to-the-editor/submit-letter/
Boise Weekly Submit a Letter:
https://posting.boiseweekly.com/boise/SubmitALetter/Page

3. Advocate for a “shovel ready” commuter rail line design – encourage the Idaho Legislature to fund a “shovel ready” design for a Treasure Valley commuter rail line in order to receive Federal funds from President Trump’s proposed Infrastructure Plan. (It is anticipated that the Federal government would cover 50% of the cost of a rail project).
Contacting Idaho Legislators: https://legislature.idaho.gov/legislators/contactlegislators/ 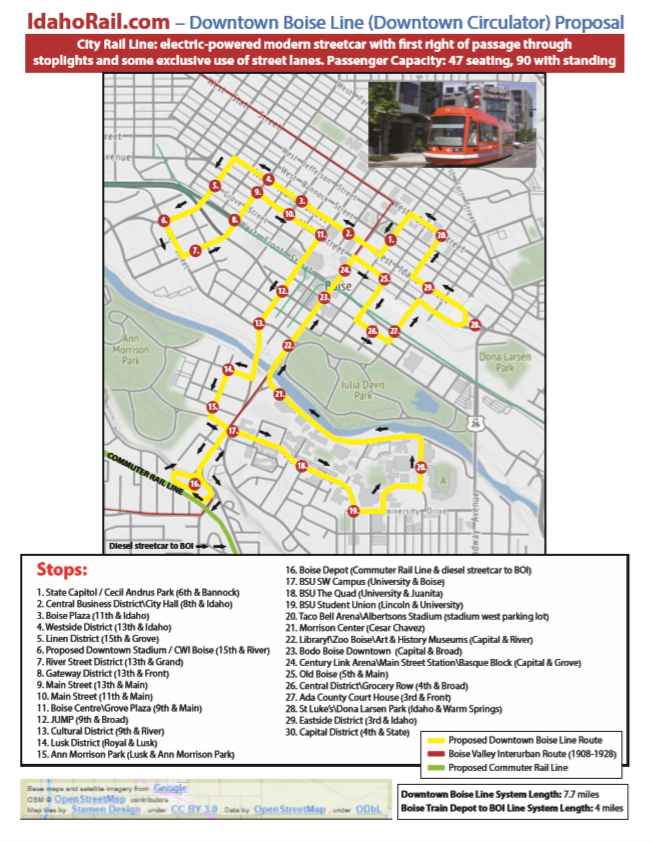 First, it is wise to use “Bandit Technology” (taking proven ideas from an organization after they have spent the development money and worked out “the bugs”). Second, Utah is a politically like-minded state and this would make it easier for most Idahoans to relate to versus say California or Oregon. Third, Salt Lake’s rail transit project motives are exactly identical to the Treasure Valley’s:

Light rail and commuter rail were selected by UTA as practical transportation alternatives particularly given the fact that the Union Pacific freight line crossed through middle of the Salt Lake Valley next to I-15 (runs north-south).

Treasure valley has I-84 (runs east to west) and a rail line also crosses thru the Treasure Valley that parallels I-84. Lastly, the Treasure Valley’s population is almost at the same point of Salt Lake County when they began to plan and design for their first light rail line.

Were there any economic benefits associated with UTA’s rail transit lines?

“Including impacts associated with supplier purchases and employee spending (indirect and induced) the total annual impact on the economy of Salt Lake County is raised to nearly 2,800 jobs, close to $136 million in income, and over $410 million in business sales annually. However, these impacts only reflect some of the economic development associated with the $7 billion of investments made near transit stations by private funding.”

You even have the train in mind – you propose a diesel-electric locomotive – why? Are there renewable energy options?

In order to get a Treasure Valley commuter rail line off the ground, we need to go for the “low hanging fruit”. First, the MPXpress is built here in Boise by Motive Power. Second, the UTA FrontRunner has had tremendous success with this model.

Down the road there could be renewable energy options. To electrify the line it would be very expensive [about $5.4 million per track mile for electrical infrastructure (SOURCE: Analysis of Freight Rail Electrification in the SCAG Region infrastructure (Section 4.3))] and the Treasure Valley does not own the rail corridors, yet. This would add about $118 million ($5.4 MM x 22) to a 22 mile Nampa to Yamhill Road\Federal Wy commuter line. It is interesting to note that this is also the long-term goal of UTA.

There are also some possibilities of using bio-diesel. Brightline, an express intercity rail system in Florida, is testing B5 Biodiesel (a low-level biofuel blend consisting of up to 5% biodiesel and 95% petroleum diesel fuel) in their locomotives. You can always place PV panels on station roof tops. Also, you could potentially place PV panels along the rail corridor.

What is the difference between commuter rail, light rail and streetcars?

Commuter rail: rail transport service that primarily operates between a city center and middle to outer suburbs beyond (10 miles) and commuter towns or other locations that draw large numbers of commuters—people who travel on a daily basis.

Light rail: covers long distances fast by serving fairly widely-spaced stations and does not share the road with cars.

Streetcars: slower traveling closely-spaced stops and can share the road with cars.

What would it cost Treasure Valley communities to NOT have a rail line like this?

The Treasure Valley could someday be featured on the Science Channel’s Engineering Catastrophes. The show would be showcasing the two biggest parking lots in the Western United States: I-84 and Eagle Road.

Idaho Should Embrace Rail Transit for a New Path Forward
September 17 2018
Our beautiful state of Idaho is home to 1.6 million Idahoans with almost half of us living in the Treasure Valley. The cities in this region sit along a 31 mile section of Interstate-84 which was designed to service interstate travel and whose interstate traffic has increased exponentially. Next, unleash half of Idaho’s commuter traffic into this same section of I-84 and you get the “hot mess” we have today. Does the Idaho Transportation Department (ITD) and our elected officials really think that applying more “Band-Aids” to I-84 will allow it to accommodate a projected million Treasure Valley residents? Did adding more freeway lanes work for Los Angeles? (Hint: LA is ranked #1 in the world for traffic congestion).

The commuter rail system could run as a push-pull train powered by MotivePower MPXpress diesel locomotives with bi-level Bombardier coaches equipped with free Wi-Fi. Dual tracks would need to be constructed at the stations.

Idaho will spend $330 million on the 5 mile Nampa-to-Caldwell I-84 widening project. For similar money the Treasure Valley could have this rail transit system (see ValleyRide and Downtown Circulator Rail Studies). To fund this system, the Idaho Legislature could authorize GARVEE bonds for rail transit projects and taxing authority for transit districts. Moreover, a “shovel ready” design should be ready for funding from President Trump’s proposed Infrastructure Plan.

I would encourage the ITD to spend a few thousand dollars and fly a delegation of Idaho leaders and media to the politically like-minded state of Utah and meet with their Utah Transit Authority (UTA). Take a ride on UTA’s incredible FrontRunner commuter rail line and TRAX city rail lines and observe. When you come back to Idaho please give us a report on the following: 1) Is Utah’s FrontRunner commuter rail corridor or the Treasure Valley’s I-84 freeway corridor attracting more business and development? 2) Who has the better path forward? UTA’s rail transit model or ACHD’s model of chipseal and widening roads?

Rich Pagoaga Jr. is a Boise native with a background in planning and data analytics. He has traveled to 20 countries and 26 states, experiencing a variety of transportation systems.

Few Boiseans realize that Boise once had an incredible rail transit system. The 13 mile City Line connected the north, south, east and west parts of Boise to Downtown, while the Interurban Line made a 70 mile loop from Downtown to Eagle, Star, Middleton, Caldwell, Nampa, Meridian and back to Downtown on what is today State Street and the Boise Valley Railroad (BVRR). Why did it disappear? In a nutshell, cars were subsidized, streetcars were not.

Here is that transportation vision: Boise should amicably split from the ACHD (Boiexit) and create the Boise Transportation District (BTD). The BTD would be free to fund all modes of transportation and could issue bonds. The Mayor would appoint a BTD Transportation Chief, the City Council would approve its budget\projects, and the BTD would be chartered with an innovative transportation mission:
1. Reconfigure Boise roads by making extensive use of roundabouts <https://en.wikipedia.org/wiki/Roundabout>. ACHD’s chipseal would be replaced with asphalt pavement recycling using Reclaimed Asphalt Pavement for a smooth and cost-effective surface treatment <http://www.asphaltpavement‌.org/recycling>. Resurfacing intervals would be based upon road usage and road condition, not ACHD’s year and zone method.
2. Facilitate walking travel by developing innovative pedestrian bridges, tunnels, walkways and crossings <http://www.architecturaldigest.com/gallery/worlds-best-pedestrian-bridges/all>.
3. Build new bike paths along Settlers Canal, Ridenbaugh Canal, Farmers Union Canal, Farmers Lateral and the BVRR with tunnels under busy streets and connect them to the Greenbelt like Scottsdale, Arizona <http://www.srpnet.com/water/canals/use.aspx>. This would create a large bike path network to safely bicycle around Boise.
4. Reestablish city rail transit using modern streetcars tied in with buses. In the study Bring Back the Streetcar!
<http://www.apta.com/resources/reportsandpublications/Documents‌/weyrich-streetcars.pdf>, conservatives Weyrich and Lind concluded that “streetcars bring and channel development, attract tourists, fit a downtown well and people who wouldn’t ride a bus will ride a streetcar”. The proposed Downtown to BSU T-shape Circulator is a great first step; but to maximize ridership, the route needs to directly service Taco Bell Arena, Albertsons Stadium and the Morrison Center. This route proposal also allows for future expansion to the Train Depot (commuter rail stop) and the Boise Airport.
5. Jointly reestablish commuter rail transit like Salt Lake City’s FrontRunner
– a rail line from Caldwell to Micron is already in place.

ACHD had a 2015 budget of $97 mil, Boise’s population is 51% of Ada County, which would roughly mean a $49.5 mil ($97*51%) annual budget for the BTD. This budget should be sufficient to fund bond payments on a Downtown streetcar and BTD’s mission.

Rich Pagoaga Jr. is a Boise native with a background in planning and data analytics. He has traveled to 20 countries and 26 states, experiencing a variety of transportation systems.

BRING BACK THE STREETCARS! A Conservative Vision of Tomorrow’s Urban Transportation
https://www.apta.com/resources/reportsandpublications/Documents/weyrich-streetcars.pdf 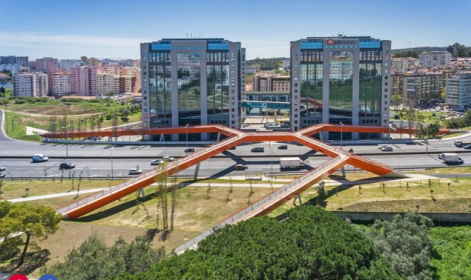 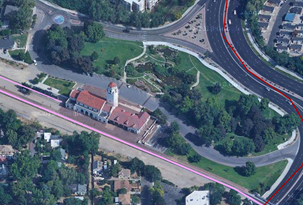